En route to the very south

The longest stage on the GT20 itinerary leaves from Zonza and comprises 71 kilometres and 1,000 metres of climbing taking you to the Very South, Bunifaziu (Bonifacio).

But first there’s a 15km descent taking you to Levie and 5km more after that.

Levie, one of Corsica’s oldest and most historic villages, is the perfect compromise between mountains and sea at only 25 minutes from Propriano and 45 minutes from Porto-Vecchio.

As the capital of Alta Rocca, Levie owes its name (“le vie”) to the trails, mule tracks and foot paths which lead to the beach or to the mountains.

A medieval festival, known as the "Médiévales de Levie" is held here every June and is an event not to be missed, attracting a great many visitors every year. Festival attractions include living history trade demonstrations, ancient arts, fine arts and gastronomy...

For three days, the village essentially goes back in time to the Middle Ages. This was the 9th consecutive year, with the event now firmly anchored in local cultural and festive life.

Turning left at the junction in the village will take you towards Carbini, Porti-Vechju (Porto-Vecchio)…and if you go straight on, the road will take you down towards Santa-Lucia di Talla (Sainte-Lucie-de-Tallano) and Propriano.

So the road descends for a further five kilometres until you get to the Pargula bridge, then climbs up to Carbini. On the left as you enter the village you’ll see the remarkable bell tower, and the separate San Giovanni Battista (St-John-the-Baptist) Church.

A little higher up, we pass through Oronu, a commune of Carbini. Where we see a fountain hidden behind a low wall on the left.

We are currently climbing the Bocca di Bacinu, via the North face; from the Pargula bridge (before you come to Carbini), there are 10.2 km and 463 metres of incline. It is longer and steeper to climb via the south face which starts from a lower point.

The pass is at 809m altitude and offers a panoramic view over the Cagna mountain range and the East coast, and in particular, the Gulf of Porto-Vecchio, which we will watch getting nearer throughout our decent. The sign on the pass, like all signs in Corsica, has not escaped buckshot.

Between scrubland and granite boulders, the road is wild and magnificent but descends more steeply than the climb, with percentages of 10% and a few sharp turns, so it is best to stay vigilant.

After a 5km descent, the road calms down for 3km and passes through the tunnel di Scaffi d’Usciolu (which is quite short so you won’t need a light). Then there’s a further 5km down hill taking you to the next junction where we will go straight on towards Sotta.

To the left, just for a photo.

We once again find ourselves on this long straight stretch of road lined with pine trees, which continues to descend peacefully before taking a left to climb “the Sotta wall”; short but intense! We snack on figs at the top to recover (but keep this quiet - the fig tree belongs to someone but a few of its branches were overhanging the road :) ).

We then turn left near the village centre where we come across a delicious bakery on the right, “Sucré, Salé” (Sweet and Savoury) while on the left we pass a church then a little square with a grocery store, café and shop selling Corsican produce. At this point you should turn right for Chera and expect to climb a little; the ascent will last around 6km and take you along a pretty road with some light bends. We arrive at “Bocca di Sardi” (there’s no sign for this pass but I saw it on the map), and we think that we’re finished but no, just when you think there’s no more, there is after all!

It feels pretty interminable at this stage of the route and it has to be said that we’ve rather had enough, “basta!”, as they say in Corsican;).

Chera is a tiny village whose name is most likely derived from the word “rock”, and indeed, an enigmatic rock known as “Oriu ” overhangs it. The Orius are troglodytic shelters primarily used by our ancestors for grain and hay storage.

We finally start to descend and find the road to be just as pretty from the other side, up to Saparelli and the junction with the national T10. But be aware of a dangerous section of long straight road for 6km (the first three in particular), where you’ll find everything moves very fast.

After a tight corner on the way downhill and a small reascent, we take a left for Sant’Amanza and arrive at Bonifacio from the rear; this is the last little road and with very little traffic it’s a lovely end to the stage and the Grande Traversée as a whole! 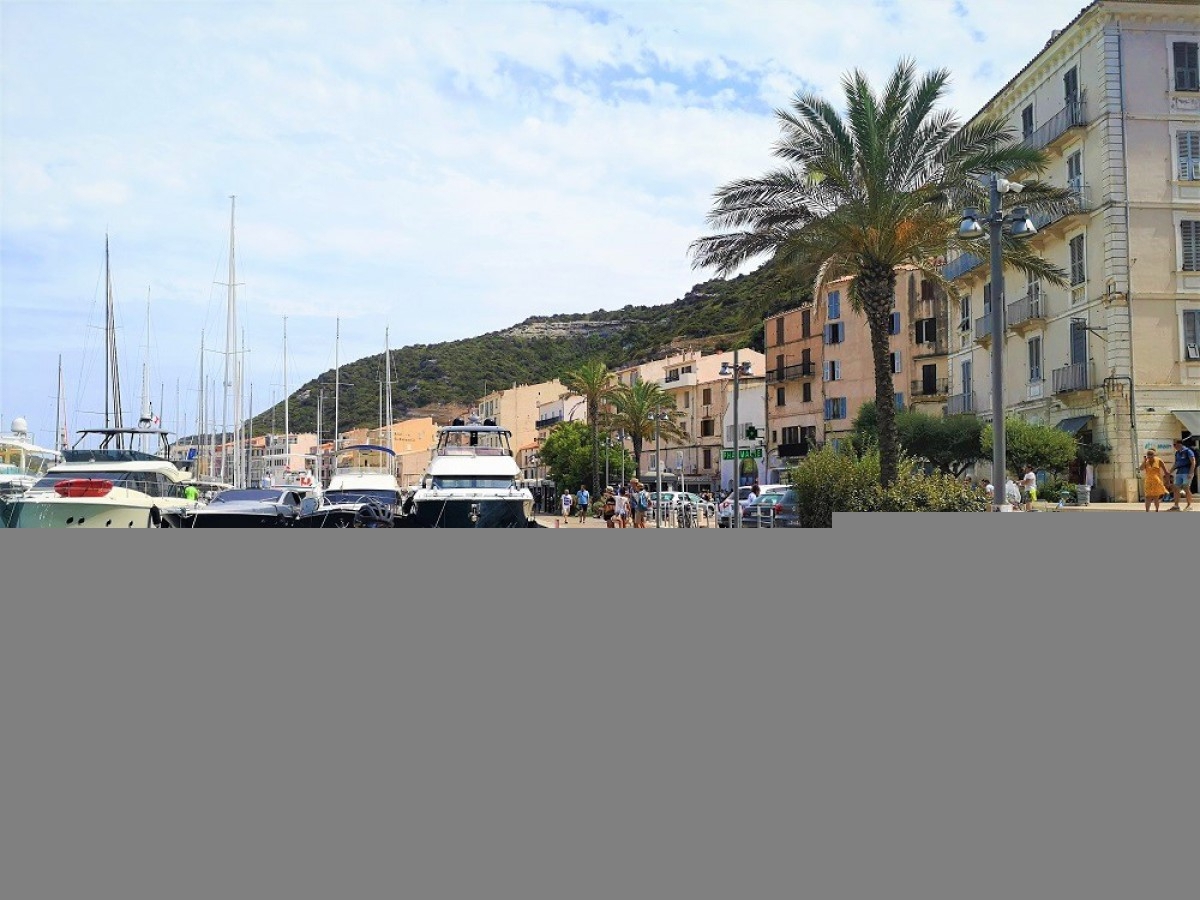 If you have a few days left after this epic bike ride, there’s plenty to do locally.

The cité des falaises (city of cliffs), which is full of limestone, is a real open-air museum and offers a selection of historic and natural monuments.

Points of interest for tourists in this stage: