Corsica, island of a thousand flavours, land of welcome, meetings and sharing

You’ll know Corsica for its natural and cultural heritage, but have you ever tried its food? Tasty products that will awaken your taste buds and local specialities that demonstrate the gourmet Corsica. Charcuterie, cheese, citrus fruit, biscuits, chestnut flour... all these are to be enjoyed around a good table and shared with family or friends.

A LAND OF ENCOUNTERS AND SHARING

In Corsica traditions are alive and nurture its gastronomy, which holds a special place in the island’s assets. Discerning palates will appreciate the quality of the products of an authentic terroir, where chestnut and citrus flavours are blended with the salty sweetness of charcuterie, unctuous cheeses, wines and liqueurs. Corsican food will surprise you. Also, buying a local speciality means exploring a microregion and meeting the local producers, who take the time to tell you about themselves as much as their products. Corsica’s inhabitants are naturally social and love to share the secrets of their art de vivre with visitors. As long as you’re curious about the island’s history and traditions, Corsicans will always extend their modest but authentic hospitality. In the shady squares of villages or in the privacy of their homes, their welcome is always warm and conversations can continue into the heart of the night. And what’s extraordinary is that all their proud traditions have remained intact; what’s changed are European standards, which guarantee quality manufacture, and award special labels. Take advantage of the foodie Corsica. 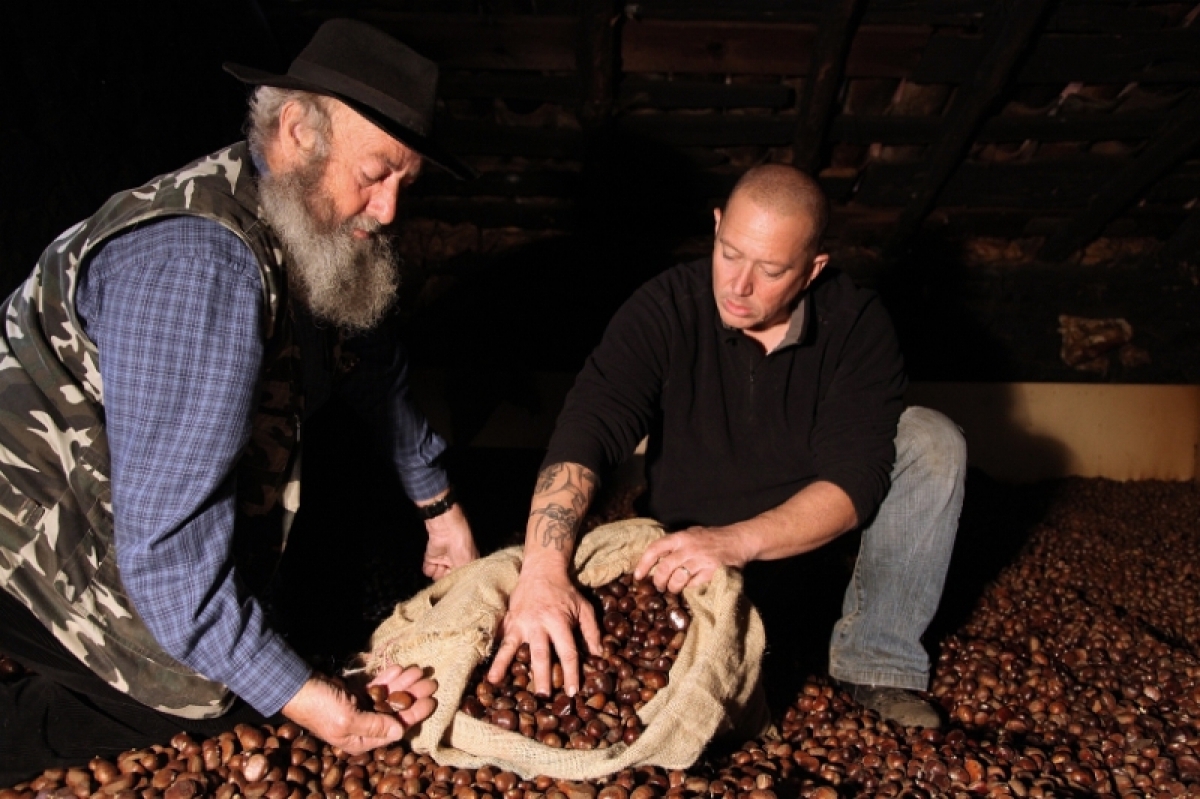 The star of the island’s gastronomy, you can’t miss charcuterie under any circumstance. It’s made exclusively in winter from a breed of insular pork known as ‘Porcu nustrale’. Corsican charcuterie has had an AOC label (controlled designation of origin) since 2012 to certify its quality and origin.

Who do we find in the family of local sausages?

• Coppa, which comes from the backbone and is appreciated for its salty flavour and smoky aroma. As an aperitif or as a starter on a platter of charcuterie, you can enjoy it from spring into summer. Coppa keeps for a long time, so don’t hesitate to pack it to take home.

• Prisuttu, which is the pork leg. Locals serve it sliced and it’s available all year round. Particularly enjoyed by true foodies.

• Lonzu, the loin of pork. The fat gives it its exquisite flavour – and in Corsica this can be eaten. This is a seasonal charcuterie to be enjoyed in the springtime for your early aperitifs. The lonzu also keeps very well.

• Panzetta is the pork belly. It’s an essential ingredient in many recipes in Corsica. You can enjoy it all year round.

• Corsican sausage, made from the pork shoulder. And don’t worry about donkey sausage in our little family of Corsican charcuterie, or even our gastronomy. It’s generally eaten in the spring, and also in summer provided that it’s dry.

• Figatellu, the inevitable winter charcuterie made from pork liver. It can be smoked or not. Its taste is more pronounced in southern Corsica because of the richer livers. Note: it’s only eaten in winter. It’s cooked over the fire and eaten with good bread accompanied by pulenda, brocciu and fried eggs (the traditional winter meal par excellence). 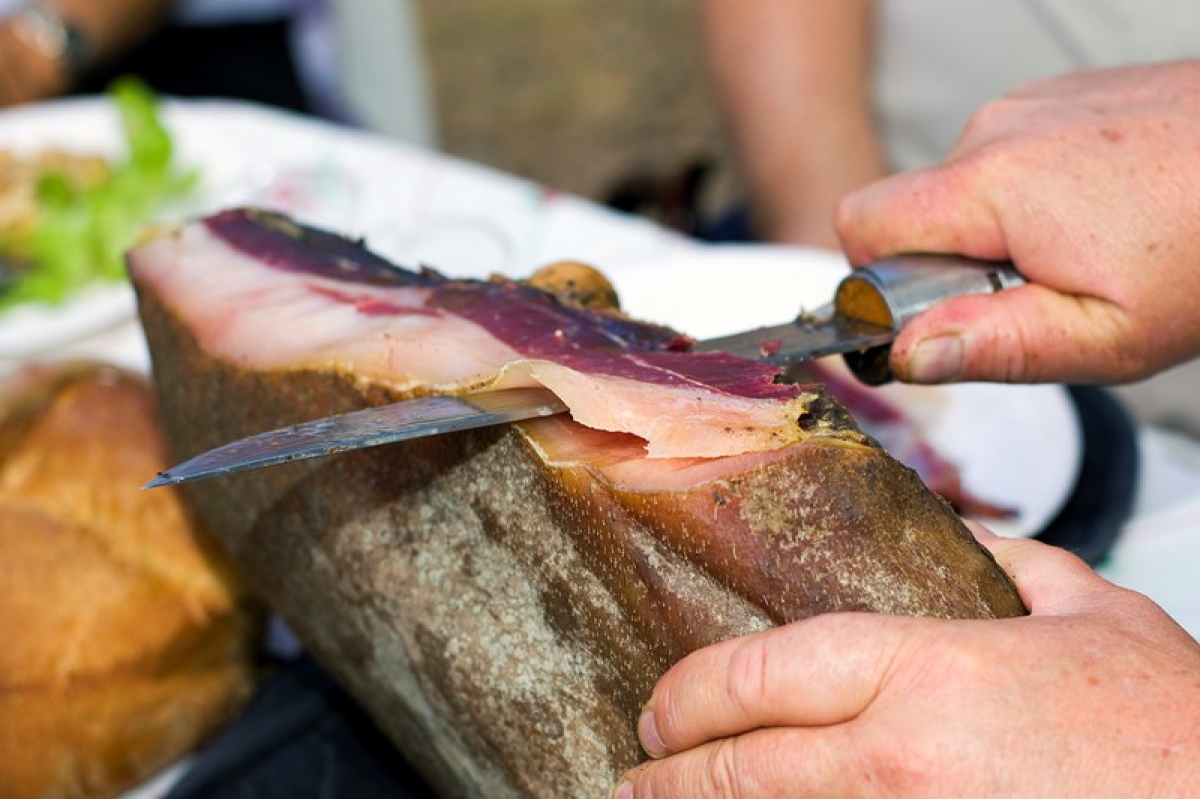 In Corsica you’ll rarely end a meal without tasting one of its delicious cheeses.

Brocciu is the most famous island cheese. Made from sheep’s milk, it’s a quality product, recognised since 1998 by an AOC label. You can eat it fresh, semi-dry, dry or simply with a hint of brandy but only from November to June. It’s used in various recipes such as omelettes and cannelloni and is the flagship ingredient of certain specialities such as migliacci and fiadone.

Corsican Tomme, a cheese of character known for its smell and spicy flavour. There are two kinds of tomme: goat or ewe. A true taste of Corsica with fig jam and nuts – delicious.

According to different regions, you’ll also find these other cheese varieties:

• U Sartinese (region of Sartène stretching across the valleys of Taravo and Rizzanese, as well as in the extreme south) 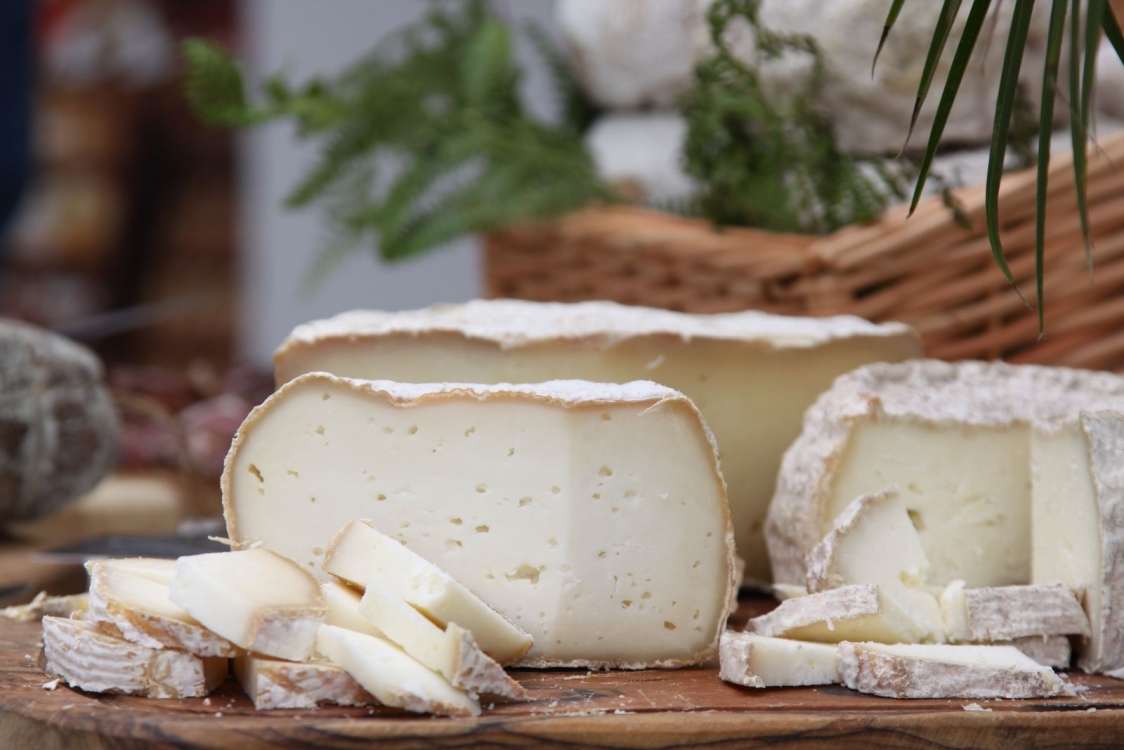 In November 2006, a decree set the rules for AOC Corsican chestnut flour, meeting precise specifications. Chestnuts are grown on 200-250 farms across the island. For the most part, farmers turn them into flour.

Chestnut flour serves as a base for many dishes, famously polenta, and numerous pastries.

Chestnuts are harvested in the autumn so you can find the famous flour sold at fairs and markets during the winter, and more specifically during ‘A Fiera di A Castagna’ (the Chestnut Festival) in Bocognano. 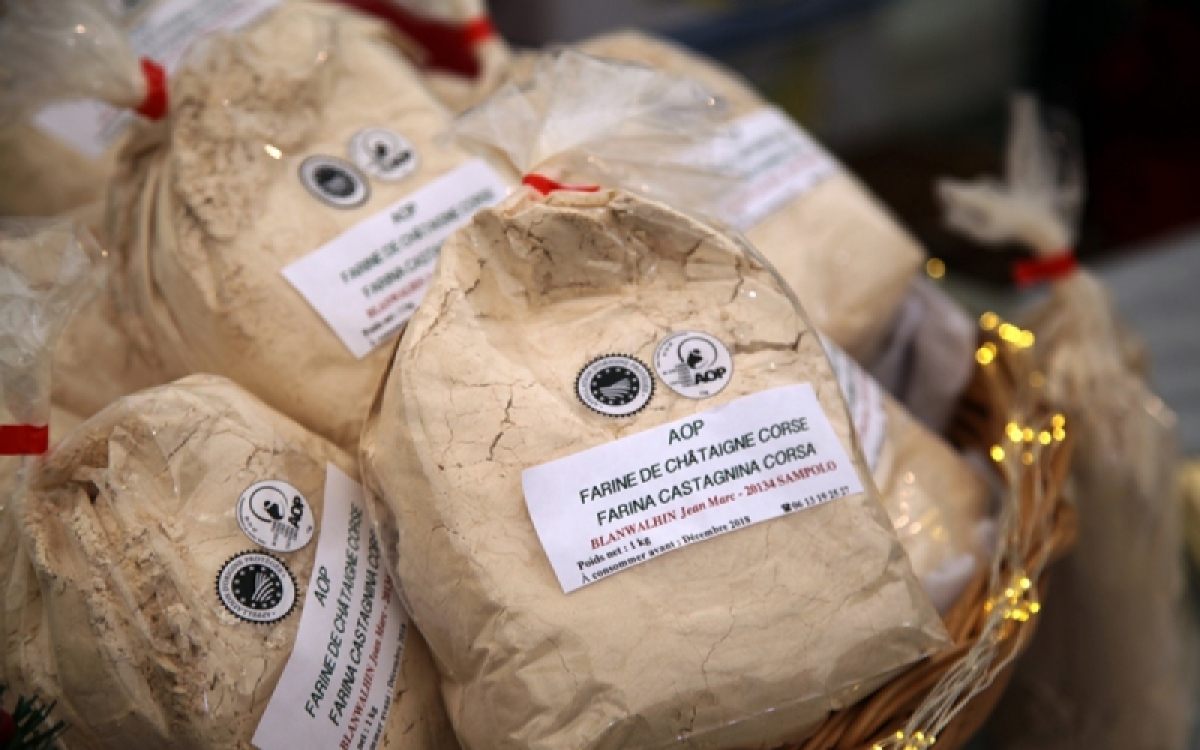 These are the best known biscuits of Corsica. Characteristic of the island, they are made with flour, sugar and white wine and are a delight for breakfasts or as snacks. 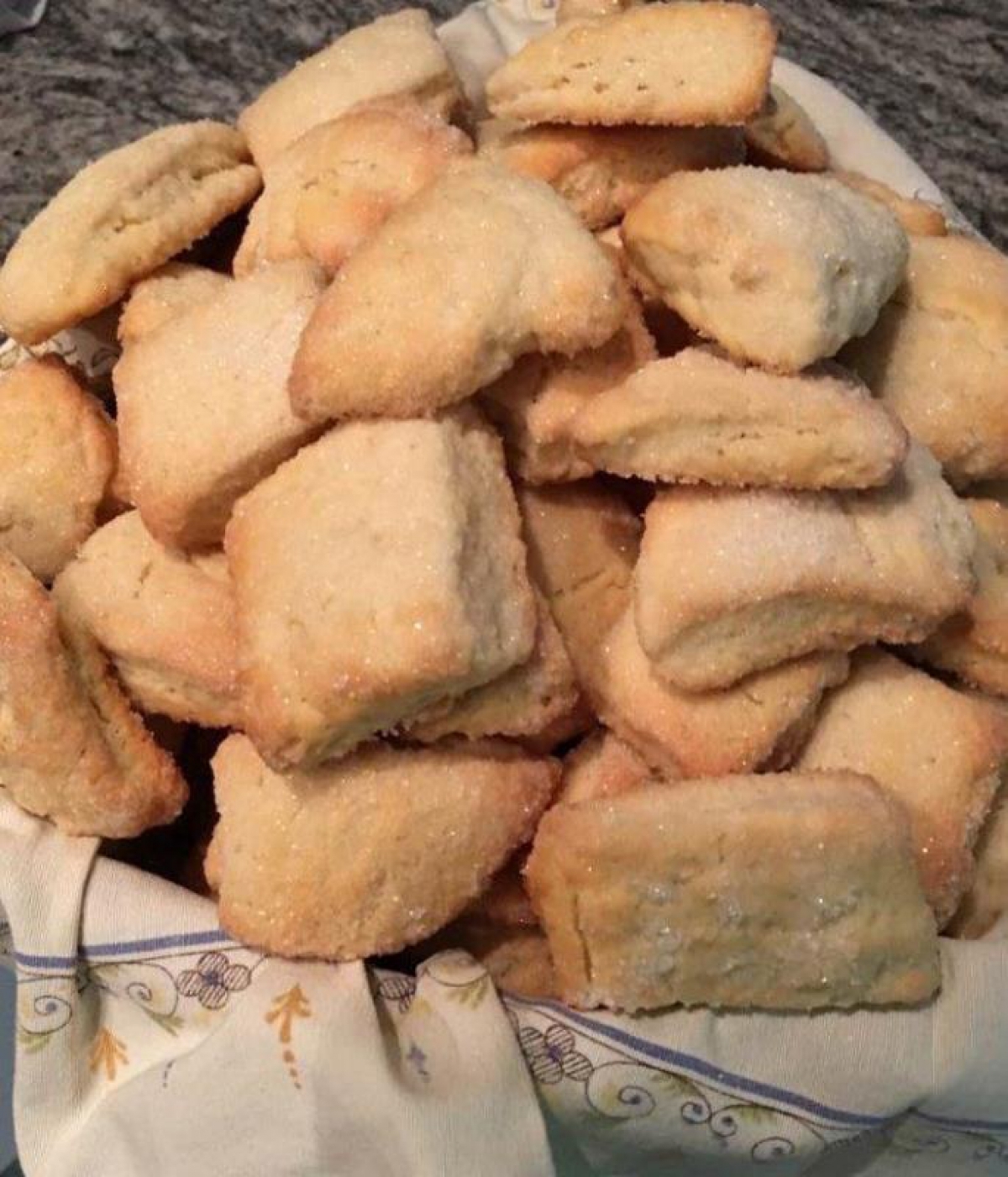 Olive oil: tasty and healthy, it bears witness to a Mediterranean tradition where the olive tree was king. A quarter of Corsica’s olive orchards are in the Balagne.

Fish and seafood: mussels, oysters and smoked trout from the DIANA and URBINU lakes

Liqueurs, the best known of which is ‘myrte’ (myrtle)

Wines and their 9 protected appellations of origin, namely: 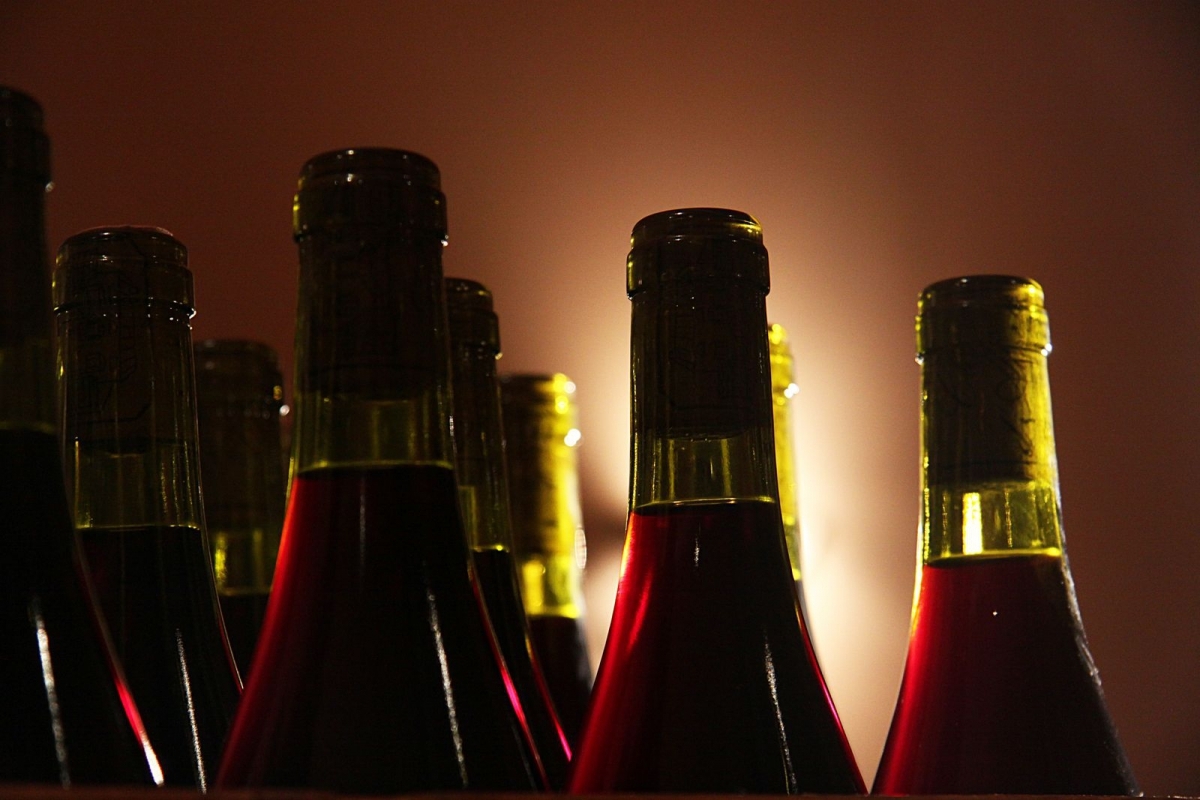 You don’t have any more excuses not to come to Corsica!